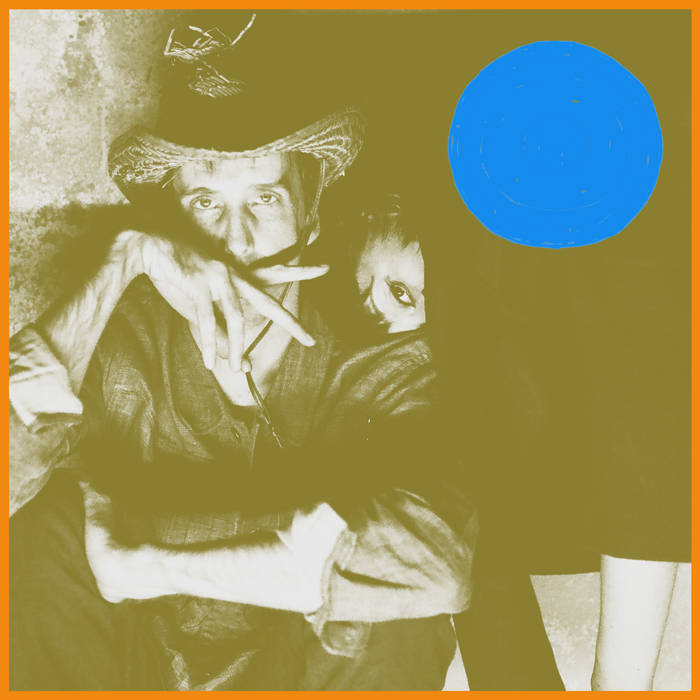 Ky Ren/Aid An Very groovy pop by one of my all time favourite song writers - Bradford Cox.. Cate Le Bon is new to me, and I am enthused. Favorite track: Constance.

As sure as if it had been mapped in the stars, or written in a prophecy buried deep beneath the sands of the Marfa desert, a collaboration between Cate Le Bon and Bradford Cox was always something of an inevitability. After years of admiring each other’s work from afar, the two finally converged on Marfa, Texas in 2018, at Mexican Summer’s annual Marfa Myths festival. Gaps puttied by a band of frequent Cate Le Bon co-conspirators on drums, saxophone, percussion, keys and additional guitar (Stella Mozgawa of Warpaint, Stephen Black of Sweet Baboo, Tim Presley of White Fence, and Samur Khouja); the EP–fourth in Mexican Summer’s Myths series–was written and recorded in just one week.

For both Le Bon and Cox, Myths 004 signals a change of tack: meticulousness thrown to the wind as spontaneous, jammy tales of firemen and 5p plastic bags, unbrushed hair and shoelessness and makeup-daubed landscapes—roll effortlessly off their cuffs. “We committed ourselves to embracing the chaos, surrendering to all moments and moods that travelled through,” says Le Bon. “It’s a crude holiday scrapbook shared by all involved, an amalgamation of the changes in mood and light that shaped the days.”

Though Myths 004’s seven tracks are wondrous in their variety, they sit perfectly alongside one another–the gently melancholic cutlery drawer percussion of sole single “Secretary,” and the lippy cynicism and wit of final hurrah ‘What Is She Wearing’ united; along with every other shape, character, prang, plod and playful bite, by a feeling of sheer joy. ¡Viva la colaboración!

Photography by Driely Carter.
Artwork and layout by Bailey Elder.

Mexican Summer is an independently owned and operated record label based out of Brooklyn, NY.

Bandcamp Daily  your guide to the world of Bandcamp

Cannibal Corpse's George "Corpsegrinder" Fisher stops by for an interview